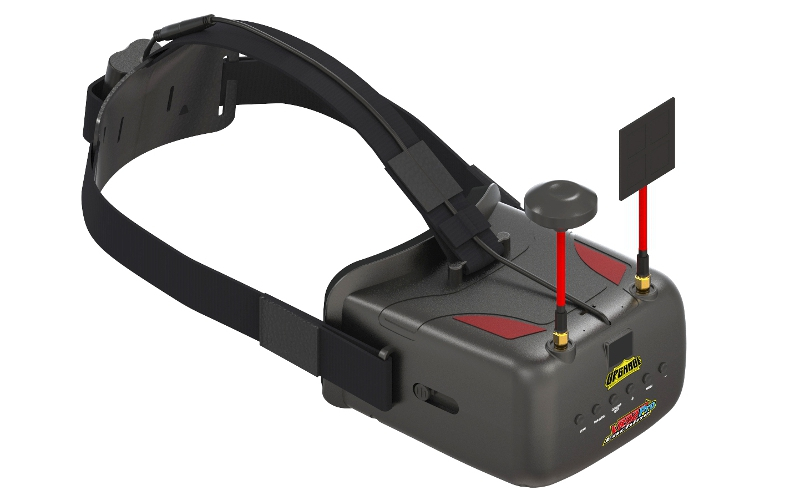 My friend’s FPV goggles stopped working in the field. Lets fix them.

The goggles do not turn on at all, they show no video and aren’t responding to button presses.

I gave them a sniff and sure enough, they smell like magic smoke.

I took the goggles apart and scanned the circuit board closely to see if something looked wrong. Nothing was too obvious, no burn marks or exploded components.

Since the goggles do not turn on at all, I suspected it had something to do with the power supply. A closer look at the areas near any large inductors revealed a little bump on one of the components.

The text on the package reads “ADJG”, which turns out to be a 3.3v regulator.
A countinuity check also confirms that the output of this IC is connected through the inductor to the power pin on the processor.

I ordered a compatible component (and some spares, of course).

When I came to replace the faulty regulator, I realized one of the pads separated from the board and ripped.
I had to use some wire to bridge the corresponding pin on the regulator to where the trace for that pad leads. Luckily its a larger capacitor so it’s pretty easy to solder.

I hooked the board up to a current limiting power supply and gave it power.

We have LEDs! that’s promising. Let’s see if we have signal and video.

I connected the screen and an antenna and turned my drone on to transmit a video signal.
I turned the goggle board on and straight away I got excellent video on the screen, indicating that the LCD is fine and the receiver is working.

I put everything together and returned the goggles to my friend.
That was a pretty simple repair.